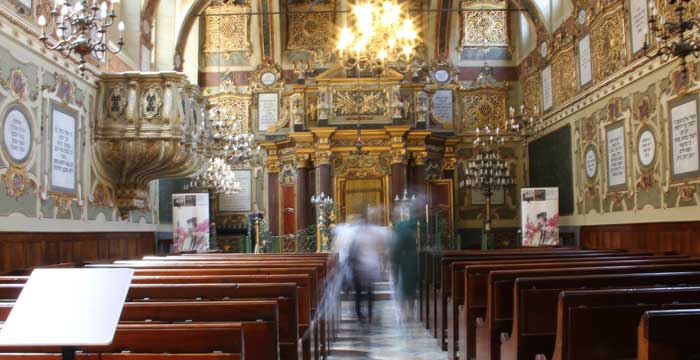 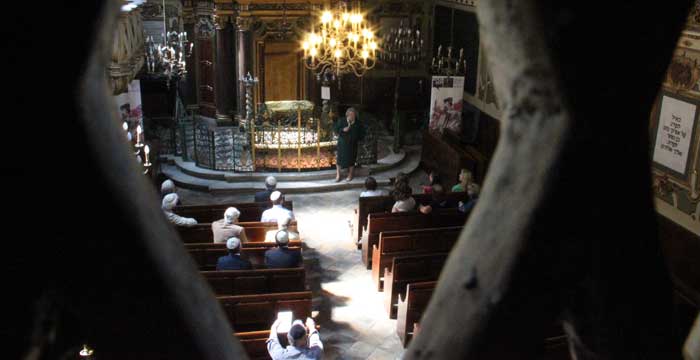 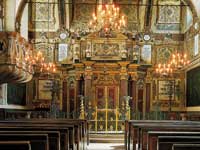 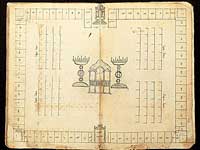 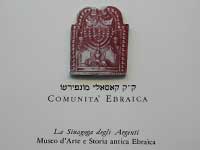 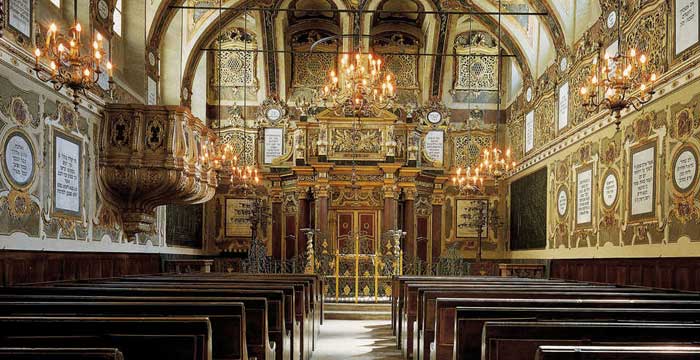 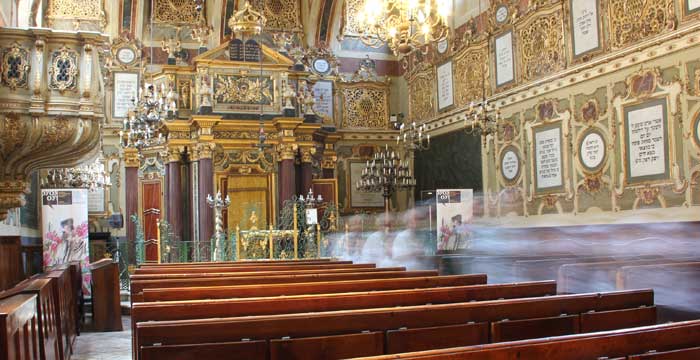 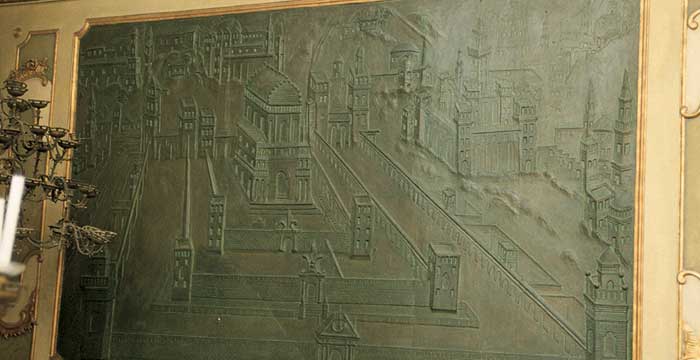 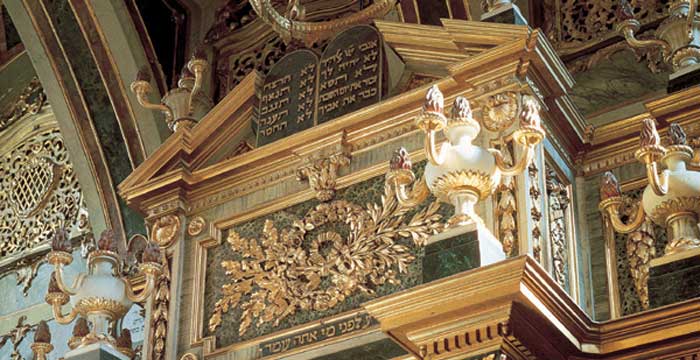 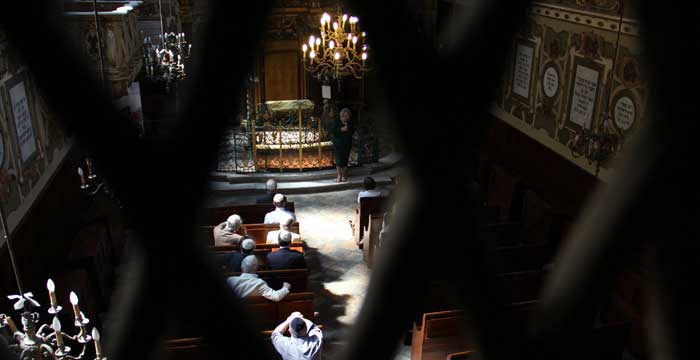 The rent contract of the actual synagogue was signed on September 17th 1595 and the contiguous house was entrusted to a Jewish caretaker.
During the first months of 1606, a public oven for the matzot was built in the courtyard close to the synagogue. Thus began the history of the building that still today hosts the synagogue of Casale.

The building, that entirely occupies a side of the small vicolo Salomone Olper, has maintained, since the origin, an anonymous exterior aspect. The facade, similar to those of the other buildings of the road, perfectly camouflaged with the houses of the alley. The entrance was hidden and narrow so that people couldn’t see from outside that the building was a synagogue. This was in fact very important in a period of religious persecutions and segregations. The narrow lane where the synagogue building is located wasn’t transited at that time and to reach it people had to walk through courtyards, passages and stairs, along a difficult and twisting journey: only if you really wanted you could reach it.

From the entrance door a small corridor leads in an inner cloister, from where was opened the door to the prayer hall, a rectangular room, oriented from north to south in the sense of the length. The Torah ark (Aron Hakodesh) containing the Torah scrolls (Sifrei Torah) , which as in every synagogue turns towards east (Jerusalem), occupies the western long side, thus ideally dividing the synagogue in two parts. Originally, two opposite rows of benches were arranged for the faithful: 145 for men and 131 for women, separated from the rest of the synagogue in the women gallery, hidden by grates.

The synagogue maintained such a layout until the beginning of the 1700 when, too small to host all the Community, it was widened by adding a first floor, destined to the women.
A further embellishment was made in 1787: the ark that was in the synagogue from 1765 was enriched with precious woods and gold. In the same period a podium (teva’) for the prayer officiator was built in carved and golden wood.

In 1853, just after the emancipation, some perimetrical walls were pulled down in order to enlarge the hall and, in the northern part of the building, an arcade was also built. The synagogue was then embellished, restored and made more precious thanks to Rabbi Salomone Olper, in order also to adapt it to the requirements of the new social life of the Community.
In the euphoria for the new condition of being equal rights citizens, the Jews of Casale made new and more substantial modifications to the prayer hall: in 1866 they moved the entrance door to the middle of the western wall and moved the arch to the centre of the eastern wall, making around it on the floor a precious mosaic in Venetian style. They also modified then the benches layout, by arranging them along the walls of the synagogue and turning them in direction of the ark, following the new synagogue floorplan, imitating now that of a christian church.
Then began the long sleep of the building of which no one took care, since the Community population diminished progressively, and lost its original splendour.

Nearly a century after, in 1968, the renewal began: the synagogue was completely restored, under the guide of the architect Giulio Bourbon, today director of the museum. The restorations began with an historical study and went on with a more structural and architectonic analysis of the building.