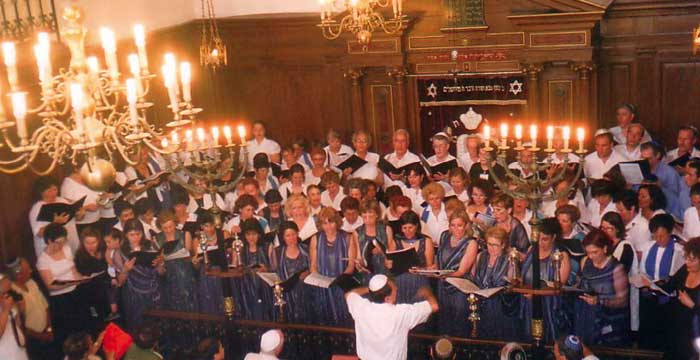 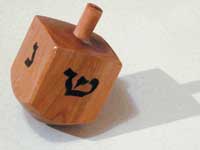 Many rites characterize the celebration of Chanukah and it is interesting to know the origin of the best known ones like kindling the lights, eating food fried in oil, and playing with the sevivon, a top on whose sides appear the Hebrew letters Nun, Gimmel, Hey and Shin appear. They are the initial letters of the phrase ‘Nes Gadol Hayah Sham’, ‘a great miracle took place there’.
The kindling of the Chanukiya lamps is the best known ritual: its origin is very ancient.

The book of the Maccabees claims: ‘that when Judah and his brother realized that their enemies had been defeated, they went to the Temple, discarded the statues that had been placed in it, and relit the Menorah (the Temple lamp) once again.

The Shulchan Arukh claims the the meaning of the kindling is to remind ourselves, and others, about the miracle that took place. This story represents our ongoing fight to maintain our religious freedom from the attacks of external enemies, as well as from Jewish people who want us to assimilate. This effort enables us to maintain our families and our people strongly tied to the faith of our forefathers.

An interesting minhag (custom) of Monferrato Jews is not to let women work while the Chanukah is lit since its light should only remind the miracle and must not be used for common household works.

The practice of eating fried food is very common; it goes back once again to the miracle that is celebrated and to the oil that can be used to light the lamp and to cook the food.

The custom to play with the sevivon is also very popular and its origin goes back to the time when Antiocus forbade the study of the Torah: and when his the soldiers controlled what the reunion was about, they found only people who were playing.

Last but not least, this holiday not only celebrates the refound freedom of religion, but also the victory of monotheism over paganism.