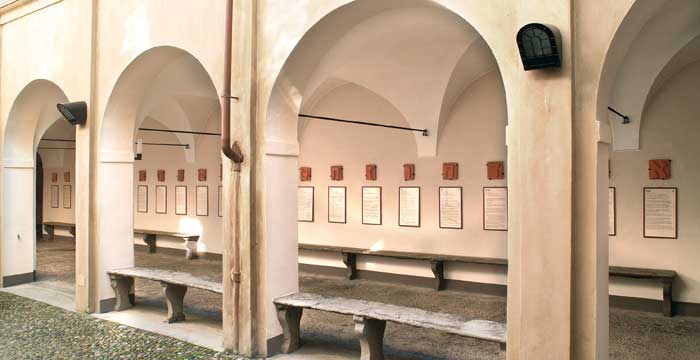 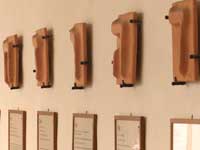 Created by the artist Gabriele Levy this sculptural exhibition’s subject is the Hebrew alphabet.
The work presents each of the letters of the Hebrew alphabet. Each letter is made of a 22×24 cm piece of clay. whose weight is about 2 Kg.
A descriptive text is written next to each letter, illustrating the letter pronunciation, its numerical value (in Hebrew, “Ghematria”) and its symbolic meaning.

The Masters of the Talmud have explained the sense and the potential force of every letter which has many influences on the words and in particular on the Jewish names.
A small book, in Italian and English can be purchased at the Bookshop: it contains an image of every letter and its related commentary.
Other Art works based on Gabriele Levy’s letters are shown in the stairs going to the Silvers’ Museum.
This exhibition has been visited since 1994 by nearly 250.000 people.