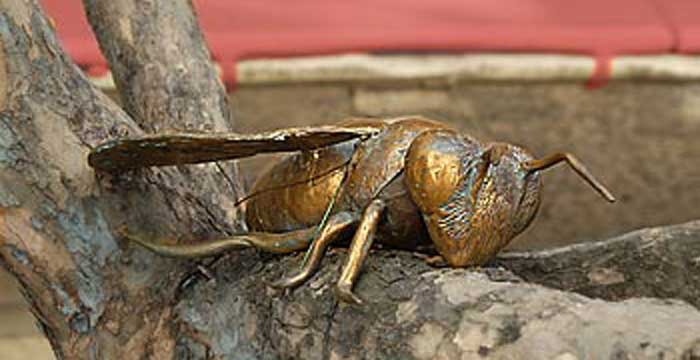 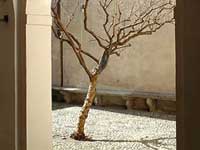 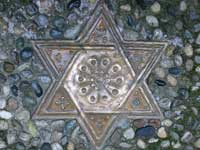 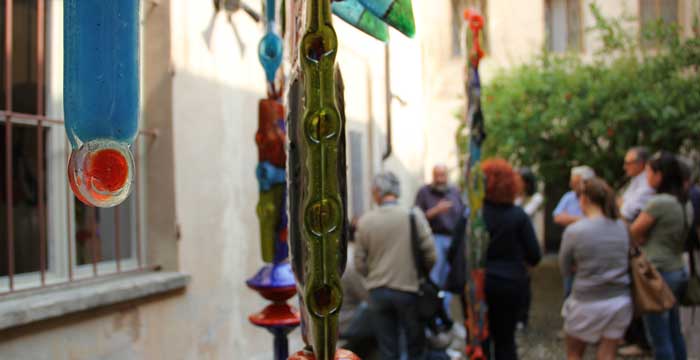 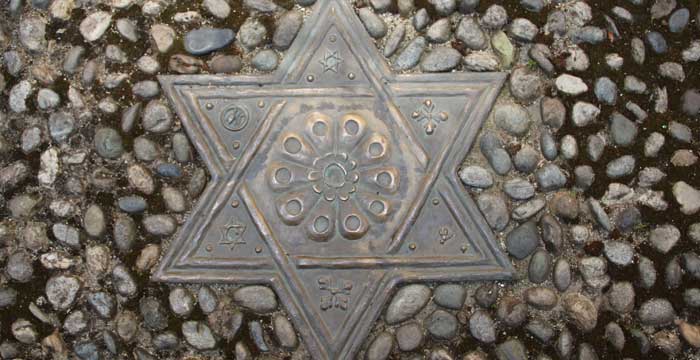 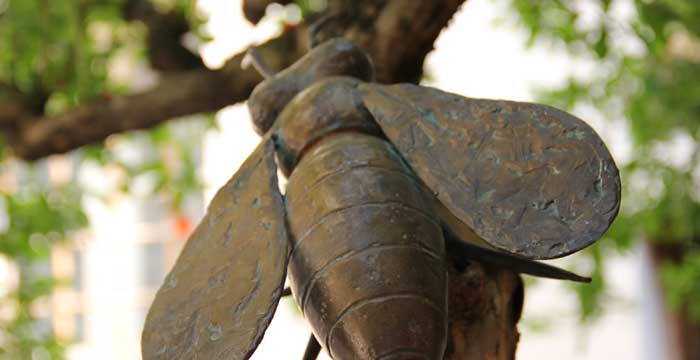 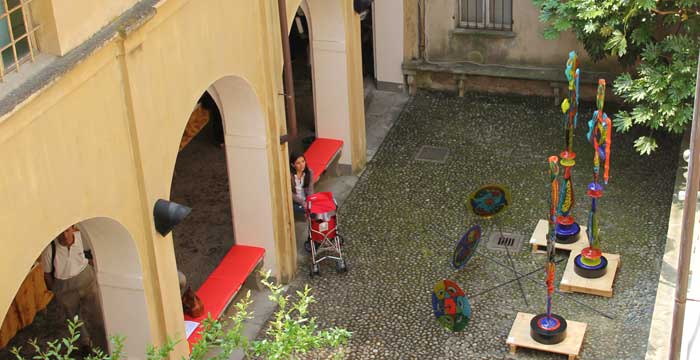 In the courtyard adjacent to the cloister, stands out a small pomegranate tree with a big meaning. according to the Jewish tradition, the pomegranate, for its uncountable seeds, symbolizes the prosperity and the life; for this reason it is used as a greeting at Rosh HaShanah, the Jewish New Year festival. The pomegranate is also one of the biblical seven vegetable species of the Land of Israel and is thus related with the ancient history of the Jewish people.

This mystical meaning has captivated an artist in visit to the Jewish community of Casale, Jessica Carrol, specialized in art works concerning bees.

Recalling the motif of an ancient coin of a Jewish community of Maghreb, a six pointed star, the artist created six small bees in metal, representing a star. In fact the community which coined itself this money, abstracting thus from the surrounding world, is a symbol of how the Jewish communities persisted without changing in a world that is continuously transformed by new inventions, by trends, but also by wars and political events. Most of the nations’ culture in the world changed trough the centuries, yet the Jewish tradition, religion and culture remained basically unchanged and strong. In the Jewish community of Casale, where a flourishing group of people left the place to a few Jewish inhabitants, the synagogue building -and its maintain during a long time- represents this tenacity of keeping alive the past traditions in an evolving world.

On the ground, five bees are disposed as five of the six points of the star of the coin, “dancing” happily on their honey. The lacking point is a bee who has left the star to join the pomegranate and is resting one of its branches.
The separate, leving the star, symbolizes a new force animating the Jewish communities, that is keeping solidly the ancestral tradition, yet also creating links with the exterior world, with vitality and prosperity.