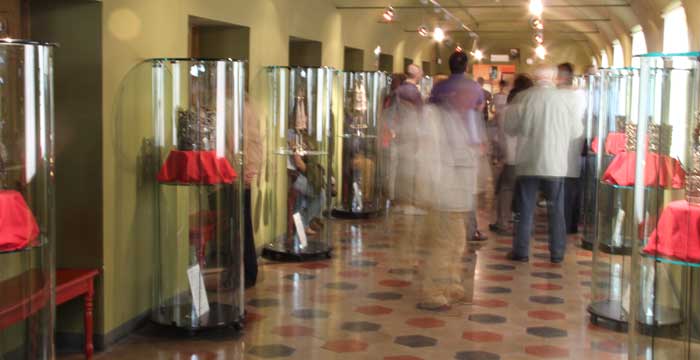 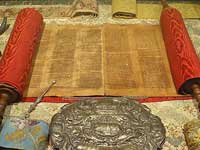 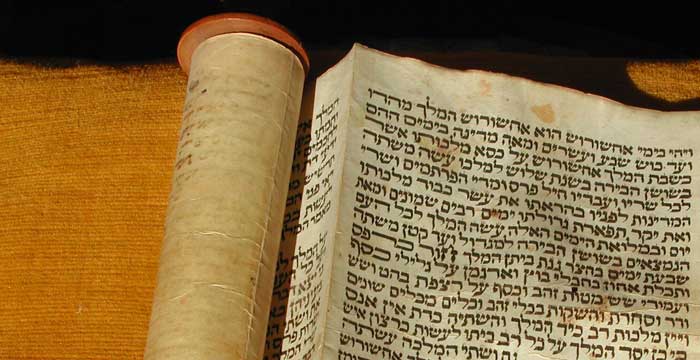 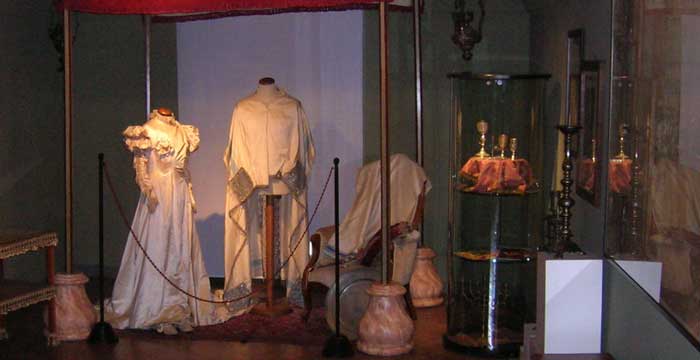 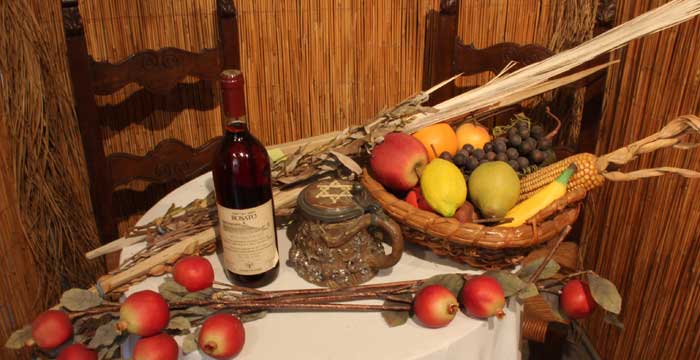 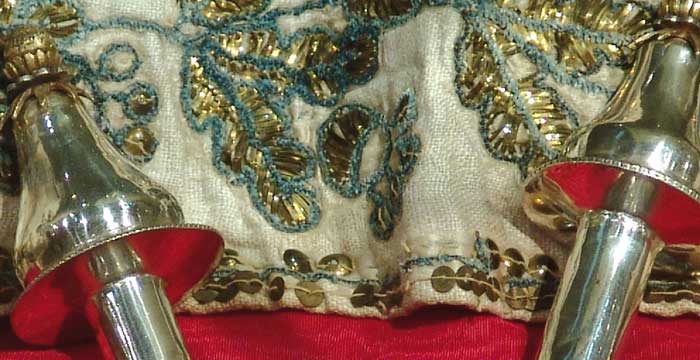 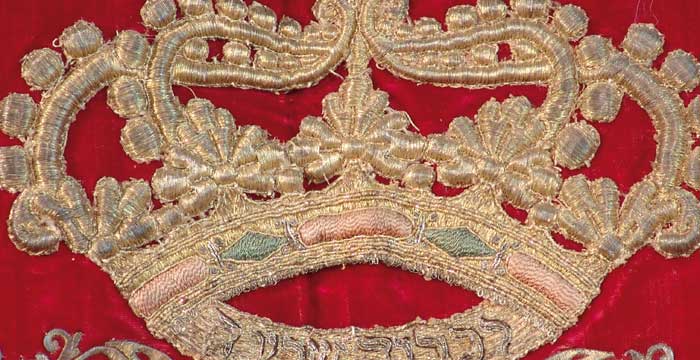 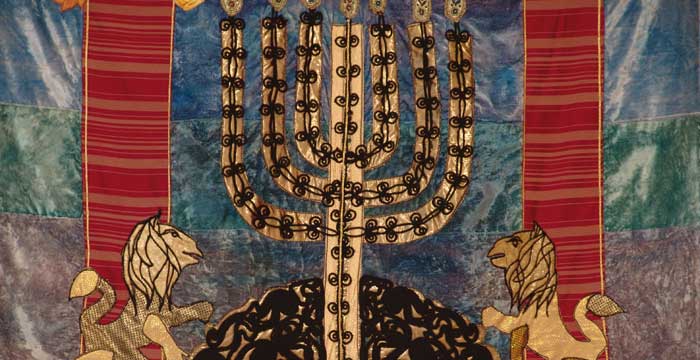 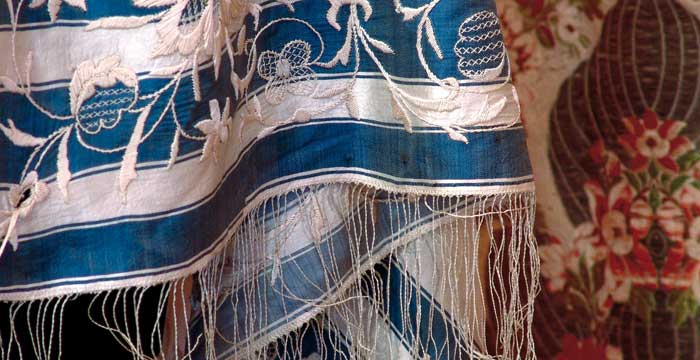 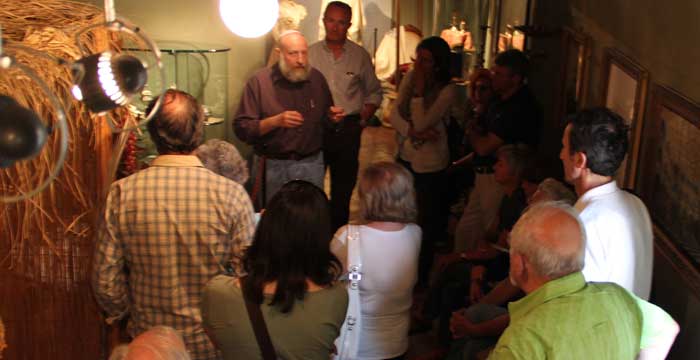 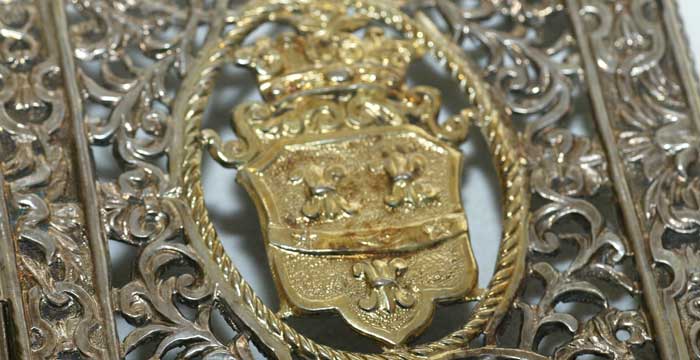 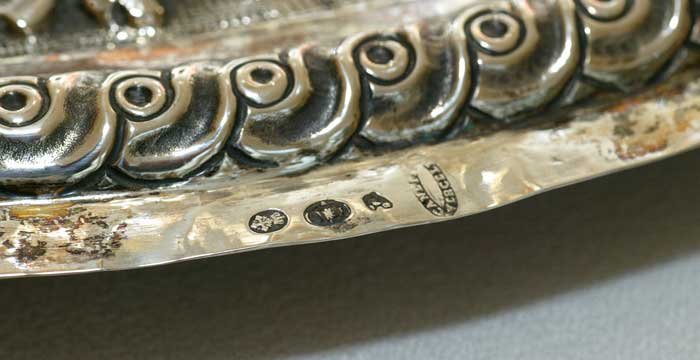 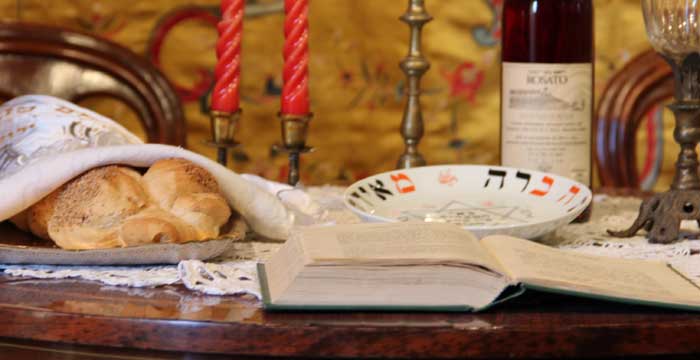 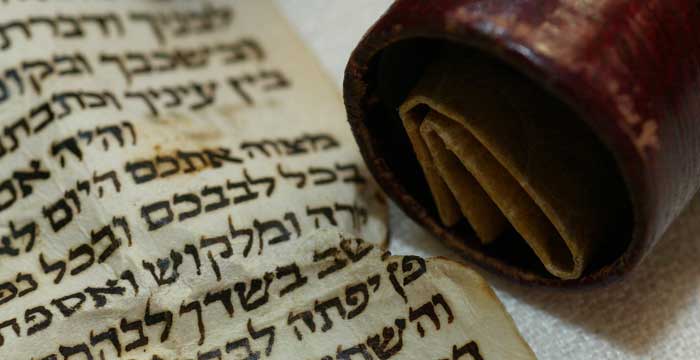 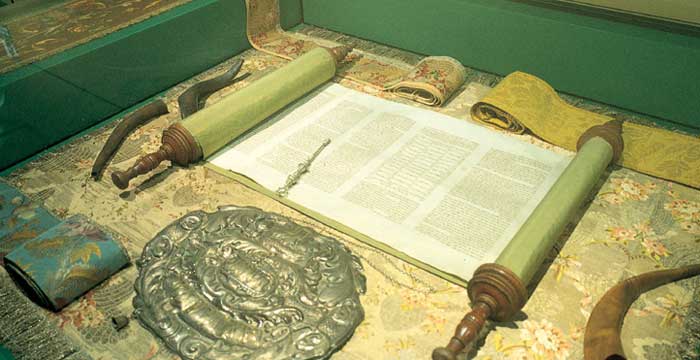 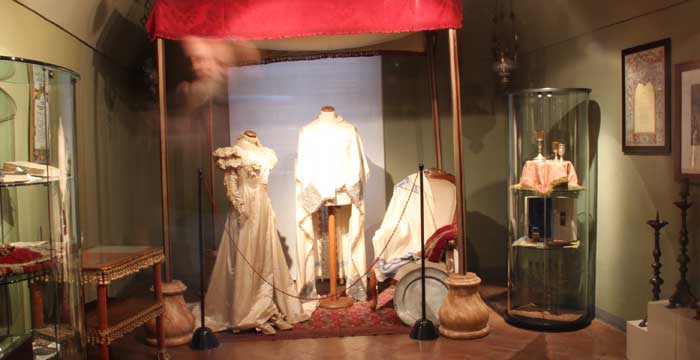 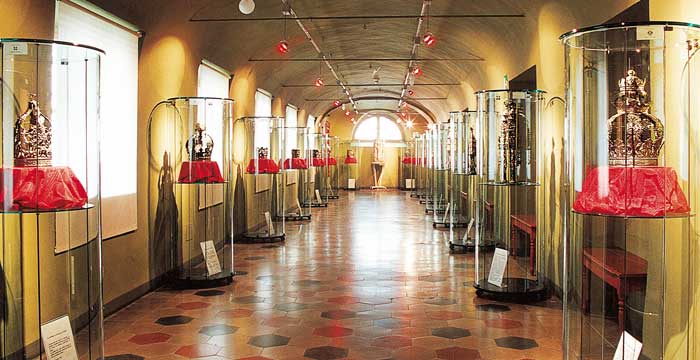 Silver, Textile, Miscellaneous
The large silver judaica objects collection, extraordinary for the quality of the exposed works, is accommodated in the former women’s gallery of the synagogue. The ancient art objects of the collection, in continuous increase, come from other Piedmontese congregations, from loans by private collectors, from generous donations and from careful and meticulous acquisitions from antique dealers.

The original function of the ceremonial objects determines their characteristic shapes, however the styles change from country to country and reflect the predominant artistic tendencies in the places of production and origin. It is also interesting to know that, when the access to the corporation of the silversmiths was forbidden to the Jews, the ritual objects were nevertheless realized by non Jewish craftsmen, under the demand and the specific instructions of those who commisioned them.
The embroideries and the drapers, on the other hand, could be produced by the Jews themselves without restrictions. Those precious woven textiles were mainly aimed to complete, cover and embellish the sacred objects of religious use.

The objects of the collections are related essentially to three main themes: the Torah, the Jewish festivals and the family life. Other Jewish themes are illustrated by a miscellaneous collection, comprehensive of many other interesting objects.

The Sefer Torah, Torah scroll, includes the first five books of the Bible (the Pentateuch).
The handwritten parchment is rolled upon two wooden or silver supports called Atzei Chayim or «Trees of Life». Some antique Torah scrolls are kept in the synagogue Aron HaKodesh (holy ark), others can be seen in the Museum. With their ornaments, they form the most important part of the exhibition.
The collection presents also several finely decorated and embroidered Torah Ark curtains, precious Torah wrappers, or Mappah silk or linen strips of material that wrap the Torah scrolls when not open for reading.
The Me’il, Torah mantle, protects the Torah scroll from dust while embellishing it.
The Rimonim (“pomegranates”) are ornaments placed on the top of the Atzei Chayim.
The Tass a breastplate hanged upon the Torah mantle, provides a further ornament; it shows often a chiseled inscription indicating whether the scroll is ready to be read on a certain saturday or Jewish festival Torah portion.
The Torah ornaments are magnifically completed by the Atarah, a crown that confere royal dignity to the Torah, the holy Book of Law.
The Torah is generally read by holding the Yad, (“hand”), a silver shaft, pointer. The Torah reader makes use of it in order to underscore every single word during the reading, since every single word is considered extremely important and hasn’t to be missed.

The Torah ornaments that appear in the show-cases of Casale’s Museum are beautiful examples of their kind and date back to the 17th century.

The Jewish festivals
Some Jewish Holidays, as well as theShabbat, are represented in the Museum through special objects.
In the Jewish religion Shabbat, Saturday, is the day of rest. Three objects characterize in a particular way this holiday: the Shabbat lamp which is lit Friday night before sunset to welcome the arrival of the day of rest (all Jewish holidays start at sunset of the proceeding day), the Kiddush cup which holds the wine with which one prays and thanks G-d for all his blessings and the spice-box with which is celebrated the Havdalah, a ceremony held at the end of the Sabbath day together with the support of a candle and a goblet.
The collection includes also a precious container for the Etrog, a citron, one of the elements characterizing the autumn festival of Sukkot.

Every year, on Chanukkah, Jews all over the world light the Chanukkiah; one light is lit each night until the eighth night, when eight lights shine brightly. The Shamash, the ninth light holder that is movable and asymmetrically placed on the lamp itself, is used to light the lamp. Quite a few Chanukkah lamps are on display, among which one of the oldest items of the Museum, a beautiful bronze lamp of the 15th century. In the museal complex, the Chanukkah and the light themes and meanings are also re-interpreted in a modern manner in the Museum of Lights.

Some Megilloth, Books of Esther scrolls, used on the joyous festival of Purim are displayed in the Museum; one of them is extremely old and entirely written on leather, another is finely decorated and illustrated.

Family life
A large collection of Shadday, beautiful amulets that are placed in the cradle, are on display. Shadday means «Almighty» and it is one of G-d’s attributes: the Shadday thus holds a well-wishing meaning.
Very precious is the ancient set of the necessary for the baby circumcision, the Brit Milah.

An interesting silver wedding-ring, shaped like a house, is shown in a case. The ring used to belong to the Congregation who loaned it to the bride for the wedding ceremony.
A few old Ketubot, marriage contracts, can also be found.

Miscellaneous
Other Jewish themes are illustrated by a miscellaneous collection, comprehensive of many other interesting objects. Among them, old prayer books and old prints are on display.

Quite unusual are the micrographic portraits of Moses, Solomon and King David; they are entirely drawn by using small Hebrew letters to form the image. In each of these portraits is contained a different long text taken from the Bible: Leviticus, Song of Songs and the fifth book of Psalms.

Two magnificent wooden Tables of The Law, probably part of an old synagogue ark, can be admired in one of the rooms: they were found, thrown in a cellar, probably doomed to feed a fireplace. The Giorgio Ottolenghi’s family, who found them, saved this splendid piece of art and restored it.